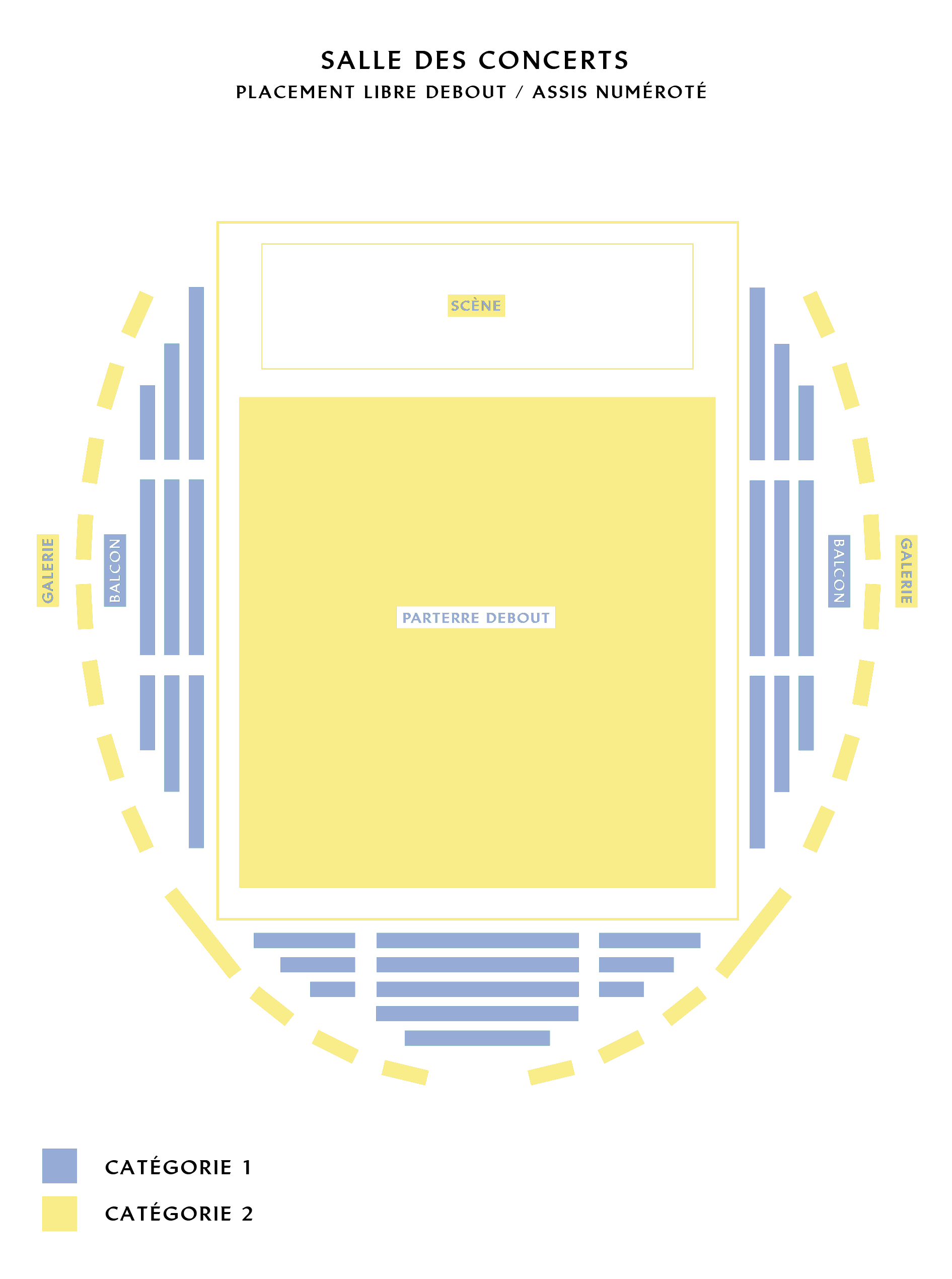 Two creative geniuses from the French label InFiné for a soirée pulsating with the most inventive of electronic music. A pop format for the broad songs of Léonie Pernet with more abstract excursions into the compositions of Lucie Antunes, with lighting by Collectif Scale for an immersive and spectacular show.

A few months after the release of her magnificent second album, Le Cirque de Consolation, Léonie Pernet’s charged, personal songs will get a taste of live performance.

Léonie Pernet’s first album in 2018 propelled this multi-instrumentalist composer to the forefront of the pop scene. The songs on Crave, mostly written in English, won over hearts and minds due to their remarkable intensity and combination of vastly divergent sounds. Three years on, Le Cirque de Consolation is popping the cork on this concoction, as Léonie Pernet smashes the lofty challenge of both developing and consolidating her own sound. Electro, keyboards, strings, traditional percussion, a voice duplicated and modified ad infinitum, everything comes together to bring these memorable melodies to life. The big surprise, then, lies in the lyrics, primarily in French this time, which reveal powerful, poetic and personal writing. Léonie Pernet’s demanding creativity and the impressive flexibility of her songs ensure the staging will be exciting and surprising.

French composer and percussionist Lucie Antunes is teaming up with Collectif Scale to revisit her album Sergeï with a spectacular mise en scene.

The face of a generation for which gender distinctions and hierarchies have become meaningless, Lucie Antunes explores and takes inspiration from all angles. As a conservatoire-trained drummer and percussionist raised on minimalism and with a passion for the electro-acoustic, Lucie Antunes got a taste for the pop experiments of Yuksek and Aquaserge before diving into scenography in the mid-2010s, collaborating with a range of choreographers, musicians and performers. In 2019, her album Sergeï compressed her quests into seven ambitious tracks where synthetic and organic orchestration (with her vibraphone in particular) blend together beautifully. Today, Lucie Antunes is taking her exploration of the tension between musician and machine yet further, enhancing her interpretation of her work through her collaboration with Collectif Scale for a scene in which seven musicians stand at the center of a circle formed by bright, robotic arms. Futuristic choreography for an unforgettable concert.